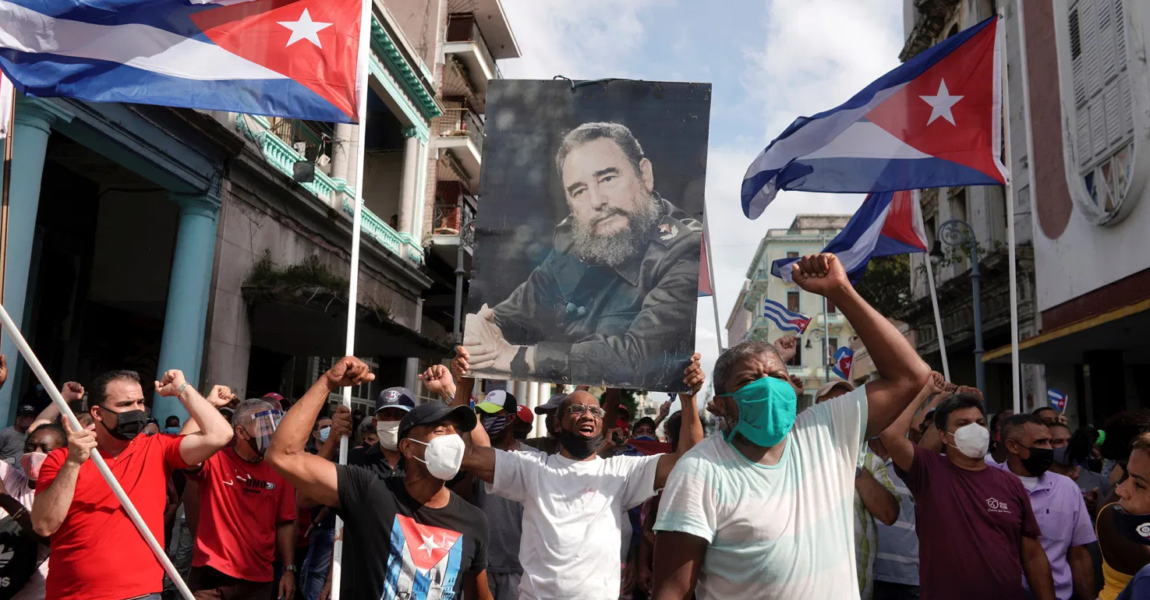 NAR: Solidarity with the Cuban people, against the plans of imperialism

The so- called “civilized West” and its media have been furious about the “demonstrations in Cuba” and all of a sudden they care about “human rights”. We are really touched by the distress of Greek and foreign centers, with Biden leading the way.

The truth is that as far as the respect for human rights is concerned, we should ask the family of George Floyd, the thousands who have been murdered by the state racism of the USA, the thousands of abused demonstrators in Colombia, in Chile and elsewhere, the millions of murdered, amputated and uprooted people of Iraq, Afghanistan, Libya and Latin America due to the bourgeois and imperialist interventions.

The resistance of the Cuban people lasts for years on. This is something  for both the US president Biden and the Greek PM Mitsotakis ( who swiftly stood behind the coup leader Guaido in Venezuela ) very hard to understand: the fact that there is a country and a people with no unemployment and illiteracy, who dealt with the Covid-19 pandemic in an exemplary way, with its victims being only the 1/10 of those of  “developed Greece”, a country that manufactured its own vaccine refusing to surrender to the pharmaceutical multinationals, a country whose people don’t live in destitution, without the control of gangs, drug dealers and patrons like Haiti, Mexico, Colombia and many other countries of Latin America. A people whose revolution and its overall course, despite the great problems and difficulties, set a different example for the whole world.

This is why all US governments attempt to suffocate them through their sanctions. This is why they gather the hate of all the bourgeois classes around the planet.

We are not looking for “socialist paradises”. We are aware of the fact that the Cuban people have problems, which to a great extent are due to the unacceptable long-standing embargo and the constant imperialistic pressure.

These problems though will be overcome as long as the achievements of the revolution remain alive and reinforced within the new conditions and not by their overturn and the return to the jungle of the free market, as the counter-revolutionary forces seek to do.

These problems will be overcome as long as the imperialistic and bourgeois plans fail and by the lifting of the inhumane embargo and not by the prevalence of the US and the Miami mafia goals.

This is why the vulgar hypocrisy of the bourgeois forces against the country of Fidel, Camilo and Che is infuriating.

The revolution will withstand and with the help of the internationalist solidarity of each and every left and progressive person it will be victorious!