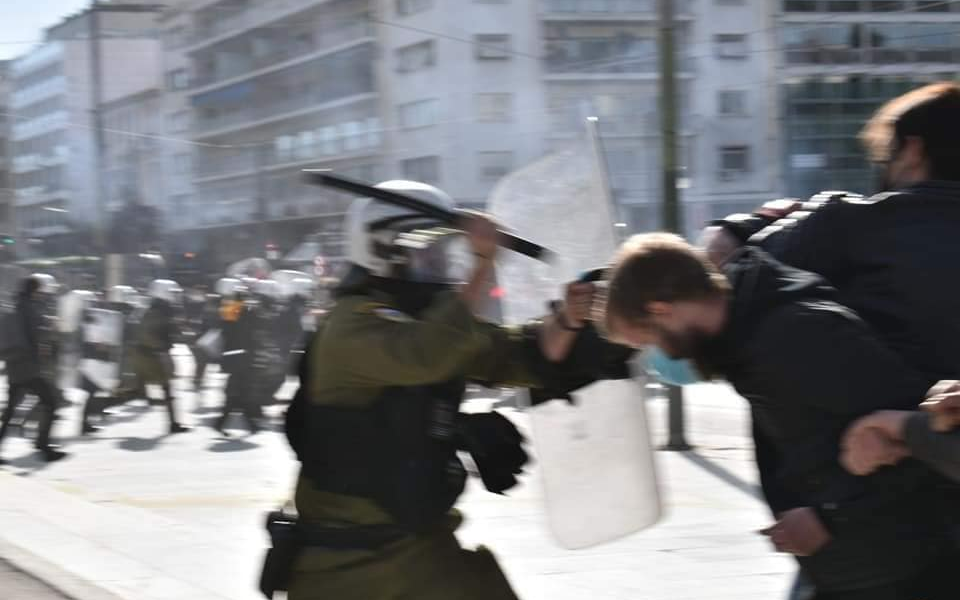 We are thousands and will not be terrorized!

Today tens of thousands of young people, students, teachers, working people protested against Greece’s Government’s bill about Education and against the government’s poor management of the pandemic. The magnificent demonstrations in tens of cities in Greece, show the way for the continuity and the escalation of the protests, in order for the bill to not pass in parliament.

Youth Communist Liberation calls on Greece’s youth and all people to not stand down from the fight for Education, Public Health and Freedom! We denounce the savere suppression and police brutality that took place in Athens and Thessaloniki, that resulted in many injuries and tens of arrests. In Athens, after the huge demonstration was almost over, students were chased and attacked in many places of the city’s center. The police forces’ brutality and fury was such (as the government’s guards) that they chased, injured and arrested many students, some of which are members of EAAK (students’ organization), youth Communist Liberation and ANTARSYA.

We denote to all directions: We will not be terrorized! We will continue to fight even more, with more massive protests and political demands. The fight for our rights will not be suppressed, neither with police’s attacks nor with curfew!

We call on everybody to support the demonstrations for Education all over the country!