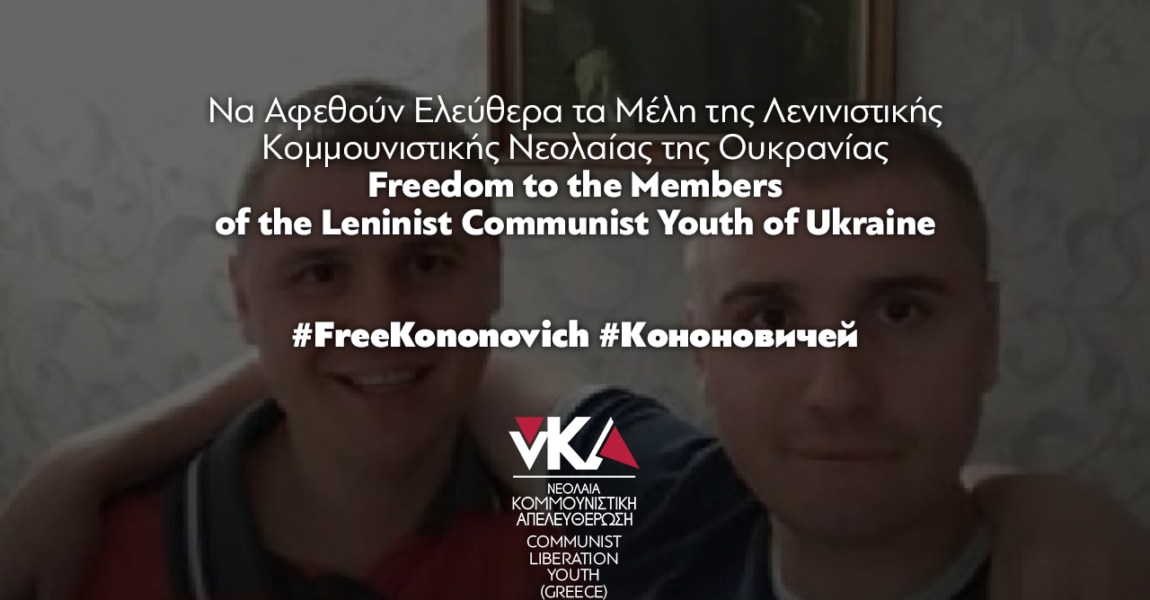 Announcement about the arrest of the members of Leninist Com. Youth of Ukraine

We denounce the arrest of the leaders of the Leninist Communist Youth of Ukraine, Mikhail Kononovich (First Secretary of the Organization) and his brother Aleksander Kononovich by the Ukrainian regime. In a new anti-communist hysteria, the Ukrainian authorities accuse the two young communists of being spies, while there are fears that they will be assassinated.

The US, NATO, the EU, Ukraine, and Russia at every opportunity, target the ideals of socialism – communism, while falsifying the history of the peoples and the communist movement with the characteristic targeting of Bolsheviks and Lenin in Putin’s sermon, but also the anti-communist campaign in the EU that equates communism with Nazism.

They want to erase the fact that peoples lived in peace in their struggle for social liberation. It is a very convenient way to hide the real causes of the war (both in Ukraine and elsewhere), which are the imperialist rivalries, and the capitalist interests, which want the people to blame each other and kill each other. Nothing started now. Ukraine has banned communist parties and organizations for several years, with their members being persecuted from 2014 onwards and imprisoned and expelled from the country.

Their real fear is the struggles of the peoples, for Peace, Friendship, Solidarity, for liberation from the capitalist bonds, from the exploitation of man by man, from the system that creates wars, poverty, fascism.

Communist Liberation youth in Greece, sends a solidarity message to the young communists all over the world and especially in -suffering from the imperialist wars- countries. We demand the freedom of the two members of the Leninist Communist Youth of Ukraine, with no accusations against them.

Long live Peace, Friendship and Solidarity of the peoples!

We will not die for the interests of NATO – US – EU and Russia.

We stand with the peoples’ struggles. Down with the capitalist wars!